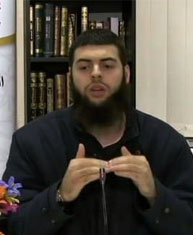 Career overview
After completing his memorisation of the Qur’an, he graduated with a Law Degree (LLB) from the
University of Birmingham (UK). He then graduated with a degree in Shari’ah from the European Institute
of Human Sciences with the focus of his studies being in Fiqh and Usul al-Fiqh. He has received
several ijazahs in a number of different Islamic disciplines, mainly in Hanbali Fiqh and Hadith. Over the
last few years he has primarily been teaching Fiqh, Hadith, and Tafsir at mosques and Islamic centres.
As well as this, he has written several essays relating to various Fiqhi and Islamic issues. He is an Imam
and Khateeb in Birmingham and has completed postgraduate studies in Islamic Studies and
specialising in the science of Fatwa.